WINNIPEG, June 13, 2019 – The Wawanesa Mutual Insurance Company, Canada’s largest mutual insurer founded in Manitoba in 1896, is partnering with True North Real Estate Development (TNRED) to build its new North American headquarters at True North Square. Wawanesa will be the sole office tenant in a new state-of-the-art, purpose-built office building, to be located at the southwest corner of Carlton Street and Graham Avenue in downtown Winnipeg immediately next to the Sutton Place Hotel & Residences, adjacent to the Royal Winnipeg Ballet (RWB), and directly across from the plaza at True North Square. 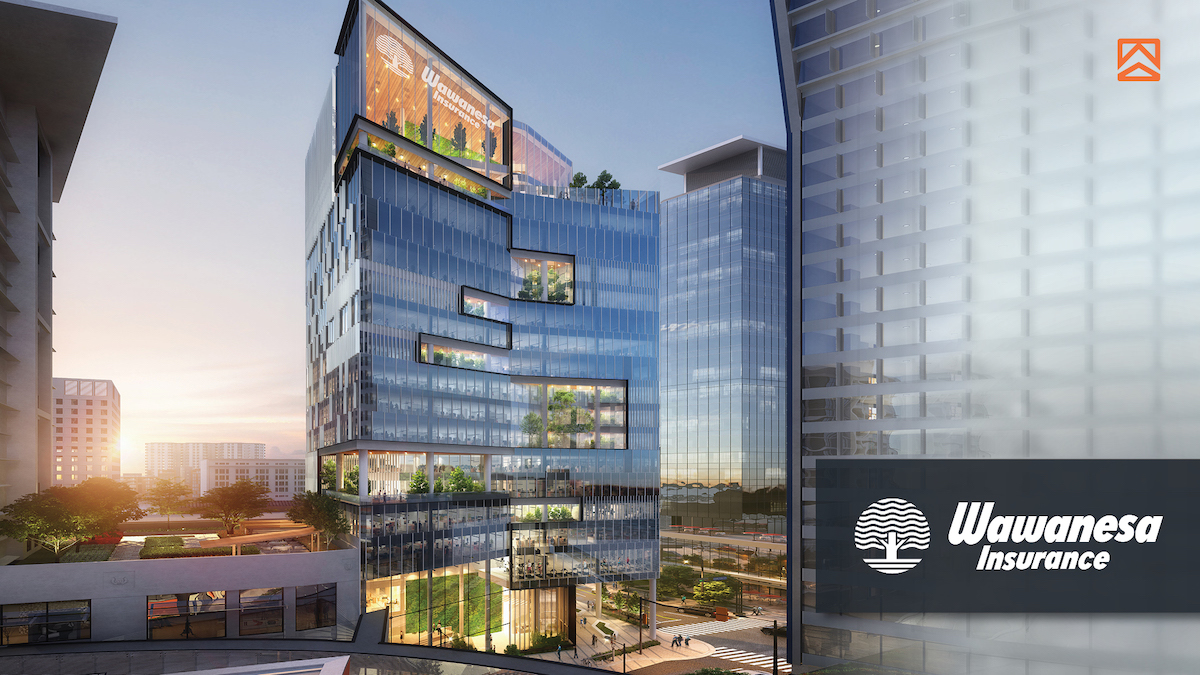 “As a diversified North American insurance company and Canada’s largest mutual insurer, we’re proud to write the next chapter of our commitment to Manitoba, where our company was founded, by investing in Winnipeg’s evolving downtown core,” said Evan Johnston, SVP, Chief Legal and Strategy Officer, Wawanesa Insurance. “In expanding our presence in Winnipeg, we strengthen our ability to support the growing needs of our 5,000 employees and two million policyholders across North America.”

Over the past five years, Wawanesa’s Winnipeg-based workforce has virtually doubled in size while at the same time the company has embarked on a transformation process that requires modernized facilities, strengthening how the company competes in a changing and globalized insurance industry.

The fifth tower at True North Square will provide a progressive and transformative workplace that will bring approximately 1,100 of Wawanesa’s Winnipeg-based employees together under one roof. The new tower will create a truly cohesive and effective work environment and further elevate Wawanesa as a community leader, industry innovator and progressive employer of choice in Winnipeg.

“Much like our partner True North, at Wawanesa we understand the importance of being a positive force in the communities where our people live and work,” added Johnston. “We’re eager to join the growing community of organizations in True North Square that, we believe, will contribute to the economic prosperity of the province while allowing us to build a stronger sense of community among our Winnipeg-based employees.”

“Today’s announcement is the latest example of the ongoing architectural makeover happening at True North Square in downtown Winnipeg,” said Jim Ludlow, President of TNRED. “Over the past 16 years, True North Sports + Entertainment, along with our partners, have invested almost one billion dollars into new developments in downtown Winnipeg, including 225 Carlton, 242 Hargrave, Sutton Place Hotel & Residences, and the catalyst for all of this growth – Bell MTS Place. Our vision of creating a new neighbourhood, spurring growth, building world-class spaces, and increasing density and safety continues to come to life with the addition of the fifth True North Square tower. When completed, Wawanesa’s new headquarters will be a highly visible, innovative office building within the now 1.5 million-square-foot campus at True North Square.”

Wawanesa’s signature building will feature 19 floors and 300,000 square feet of state-of-the-art offices and collaborative spaces with expansive views of True North Square and Winnipeg’s skyline. Equipped with an extensive suite of amenities, the building will accommodate the needs of Wawanesa as a most discerning and leading Canadian mutual insurance company. As a forward-thinking workplace environment, it will also include soaring lobby spaces infused with natural light as well as townhall spaces with direct views into True North Square.

Designed by Canada’s Architecture49 (A49) the ground-breaking tower epitomizes a design that is focused on sustainability and employee well-being actively demonstrating Wawanesa’s determination to meet exceptionally high standards in these areas. The building will feature workplace innovations framed around the importance of employee wellness, people connectivity, collaboration and engagement of staff for the future successes of Wawanesa and its employees.

As part of the True North Square development, Wawanesa’s new North American headquarters will be strategically connected to Winnipeg’s downtown skywalk system, in close proximity to Bell MTS Place, Cityplace, the RWB, and the RBC Convention Centre, as well as the city’s Graham Avenue transit mall and bicycle corridors. The building will be steps away from True North Square’s plaza and the exciting events, gatherings and vibrancy of downtown Winnipeg’s newest meeting space.

Scheduled for delivery in 2023 Wawanesa’s new North American headquarters is set to become a remarkable addition to the impressive skyline at True North Square, continuing to create a new standard for building excellence.

This signature building is the result of a joint effort between Wawanesa and True North; designed by A49 and built by PCL Construction it will be the last remaining office development with a commercially renowned True North Square address.

Celebrating its 80th anniversary this year, the RWB has been a contributor to the vibrancy of Winnipeg since 1938.

With True North’s plans to build the fifth True North Square tower on the site which includes the RWB School student dormitory, as well as the adjacent building at 372 Graham Avenue, the development provides an opportunity for the RWB to refresh and modernize its dormitory. A new state-of-the-art student dormitory will be built in close proximity to its current school location. Future plans for the dormitory will be confirmed in the coming months and align with the top priority that the RWB places on providing the best in care to its students, delivering excellence in dance education, and supporting young artists in the pursuit of their goals.

“Canada’s Royal Winnipeg Ballet is thrilled to be collaborating with True North to conduct a review of its options to build a new student dormitory for the RWB School,” said André Lewis, RWB Artistic Director & CEO. “We believe that a new state-of-the-art student housing solution will ensure that the RWB School continues to rank among the best ballet schools in the world. The RWB has been proud to call Winnipeg home for 80 years and, as a long-time contributor to the vibrancy of downtown, we are elated to be an active participant in this next phase of exploration, development, and revitalization with True North.”

About True North Square
True North Square is a transformative mixed-use development that will feature more than 1.5 million square feet of office, hotel, residential, retail, parking and public plaza space in five towers, creating a new dynamic epicentre for Winnipeg’s downtown. 242 Hargrave, a 17-storey office tower, opened  in July 2018 and is currently home to lead tenants Thompson Dorfman Sweatman and Scotiabank, and will soon welcome MNP and Ceridian in Fall 2019. 225 Carlton is a 25-storey premium residential tower featuring 194 rental suites that will welcome residents this July. Phase two of the development is under construction and will include the Sutton Place Hotel & Residences located on Carlton Street with anticipated completion in late 2021/early 2022. The third phase of True North Square will see the development of the 19-storey tower that will serve as the North American headquarters for Manitoba-made insurance company Wawanesa.
truenorthsquare.com

About Wawanesa
The Wawanesa Mutual Insurance Company, founded in 1896, is the largest Canadian Property and Casualty Mutual insurer with $3 billion in annual revenue and assets of more than $9 billion. Wawanesa Mutual, with executive offices in Winnipeg, is the parent company of Wawanesa General, which offers property and casualty insurance in California and Oregon; Wawanesa Life, which provides life insurance products and services throughout Canada; and Western Financial Group, which distributes personal and business insurance across Western Canada. With over 5,000 employees, Wawanesa proudly serves over two million policyholders in Canada and the United States. Wawanesa actively gives back to organizations that strengthen communities where it operates, donating well above internationally recognized benchmarks for excellence in corporate philanthropy.
wawanesa.com/canada

About Canada’s Royal Winnipeg Ballet School
The heart of dance in Canada and the world, Canada’s Royal Winnipeg Ballet has been teaching, creating, and performing exceptional dance for 80 years. Under the direction of School Director Stéphane Léonard, the RWB School is well-known across Canada and around the world for providing excellence in dance education. Located in historic downtown Winnipeg, the School is home to more than 1,500 students who are enrolled in the Professional and Recreational Divisions annually. The connection to the RWB Company and the subsequent visibility of students and exposure to the eye of Artistic Director & CEO André Lewis is among the School’s many strengths.
rwb.org/school

Back to News Board