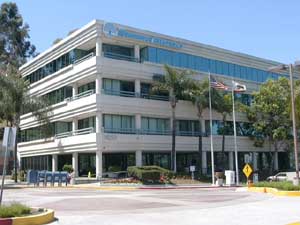 The Company was established as a farmers' mutual insurance carrier in 1896 in Wawanesa, Manitoba under the laws of Canada and was subsequently incorporated by an Act of Parliament on May 1, 1929. The United States Branch was established under the laws of California on May 23, 1974. Initial funds were realized from a contribution of the Canadian parent corporation, The Wawanesa Mutual Insurance Company, Winnipeg, Manitoba. The first policy was written in the United States in April 1975.

Our U.S. Company is headquartered in San Diego, California. Marketing, underwriting, claims processing, and policyholder services are all conducted from the San Diego office. The company is currently licensed to write business in California and Oregon. The U.S. operation is a wholly owned subsidiary of The Wawanesa Mutual Insurance Company of Canada, one of the leading insurance carriers in Canada.

Wawanesa markets preferred Personal Lines Automobile and Homeowners insurance directly to the consumer through direct mail solicitations with strategic implementation of radio and newspaper advertising. It is estimated that 90-93 percent of new business is developed from referrals of existing policyholders. Wawanesa maintains expense levels well below industry averages. These costs savings are passed on to consumers in the form of lower insurance rates.

Wawanesa underwrites full coverage Automobile, Homeowners, Condominium and Renters Insurance. Private Passenger Automobile and Physical Damage coverages are written at preferred-risk rates ranging from 25% to 35% below standard manual rates. All policies are offered direct to consumers. Wawanesa offers Homeowners insurance coverage for preferred risk single family dwellings at below standard rates. In 1991, the Homeowners line was expanded to include Condominium coverage. In September 2012, the Homeowners line was again expanded to include Renters coverage. Based on direct premiums written, our U.S. company ranks among the top twenty auto writers in California.

The dwelling to be insured must be owner occupied and must be the insured's primary residence. Dwelling condition, loss history, and proximity to brushfire hazard are underwriting considerations that may affect eligibility.

The rented dwelling must be exclusively for private residential purposes and must be the insured's primary residence. Rented dwelling condition and loss history are underwriting considerations that may affect eligibility.