Car Insurance Factors, Find Out What Affects Your Rate | Wawanesa 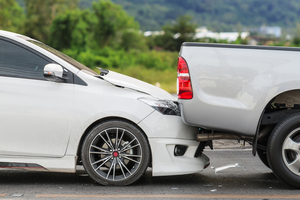 Are you wondering what affects car insurance rates? There are numerous factors that go into determining your car insurance premiums. Some of these are within your control while others are far outside of what you will influence. Insurance companies each use their own system of statistical analysis and calculations to come up with the precise number for your premiums, and these will vary depending on your state and your insurance company. To help shed some light on these factors and give you an idea of what to expect, we have put together a list of the seven most common variables that can affect your car insurance rates:

1.    An Increase in Accidents

Sometimes your rates can go up regardless of whether or not you have personally been in an at-fault accident or received a traffic ticket. How can that be? There is a straightforward reason behind it, as John Erickson, our VP & Chief Product Officer, explains:

“In recent years, the combined effect of the increased number of accidents and the increased cost to settle the associated claims has caused the average annual cost of insurance to rise by approximately 10%. While insurance companies will identify higher risk drivers, including those with recent accidents and charge them more than ‘clean’ drivers, they can’t bear the entire additional costs.”

While factors such as a rise in drivers on the road and an increase in drivers actively using, their smartphones have caused the number of accidents to jump (in turn leading to higher premiums for all).  Another major factor Mr. Erickson points to is the rising cost of claims themselves.

“The cost involved in settling claims has risen greatly in the last few years. While safety improvements have eliminated some accidents, the cost to repair newer vehicles has multiplied greatly. A bumper repair that once cost $1,500, can easily reach $5,000 or more on a new car with sensor technology.  In addition, the cost of medical services for people injured in accidents has been increasing much faster than general inflation.”

Even as premiums rise, clean drivers will continue to pay less than high-risk drivers. That being said, the increasing costs of repairs, labor rates, and medical services, can and do affect auto insurance rates.

Modern vehicles have more moving parts and complex systems to fix after an accident, which means repairs include more steps, more time and more money. For instance, replacing a bumper that is equipped with cameras, sensors and wiring for the rearview camera can cost almost twice as much as replacing the bumper on a base model that doesn’t include the same technology. In short: the more expensive the car, the pricier it is to repair. If you own the top-of-the-line trim model of a car, you will probably pay more in premiums compared to owning the base model.

The more often you drive, and the longer the distances you travel, the more likely you are to be involved in an accident. For that reason, insurance companies often take your daily driving habits into account when tabulating your premium payments. People who use their car as a work vehicle, and those who have long-distance commutes typically pay higher premiums than those who drive less. So, if you’re looking for ways to lower your premiums, consider joining a carpool, taking public transportation, or riding your bicycle to work.